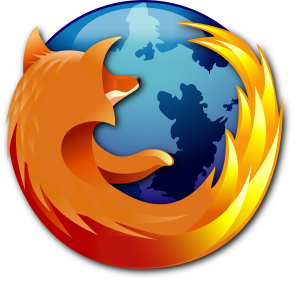 I railed against the boycott of Chick-Fil-A and Ender’s Game so I guess going into a lot of detail about the recent kerfuffle will seem a little redundant.

I’ll do it anyway. People are rarely smart enough to learn a lesson the first time it’s taught, and just as the same ridiculous scenario plays itself out repeatedly I will have to contribute my part to the cycle to hopefully enlighten those engaged.

In summary: Brendan Eich, creator of JavaScript & co-founder of Mozilla who was recently promoted to CEO, had to almost immediately resign from the company amidst protest from customers over a donation he made to Proposition 8 back in 2008, which was the extent of any anti-gay sentiments he’s ever exhibited (in all the material I’ve read on the subject, I haven’t even seen an anecdote about him being anti-gay.)

There are plenty of things wrong with this story:

It’s up to us to persuade, and help them see the light, not extort them to.

Now that I’ve got a new job and a new home (although something of a transient one) I decided to solidify my residency (besides the usual vehicle registration/driver’s license/voting things) by getting that oft-neglected of public privileges: a library card!  I promptly borrowed a book, but not in the traditional manner.  No no, I  stepped into the future (of today) and borrowed a book digitally.  The process was surprisingly seamless, thanks to Amazon’s partnership and the fact that I own a Kindle.  I felt so high tech and stuff, and it’s always good to cut down on handling big old, smelly books.  Actually, libraries make a lot of sense since I never re-read a book anyway and have gone through tons of effort to discard the tons of books I’ve accumulated over the years.  There were just a couple of hiccups with the process:

Overall, it’s been a pleasant experience.

The companies have spoken, and they have stated that you will live in the cloud, so far as using a computer is used.  It comes with its benefits … but also its perils.  Hey, it’s convenient, I can re-install OSX on my MacBook, and just by logging into my Apple ID I can get back all of the programs I used to have (the ones purchased through the app store, at least) without needing to fumble around with installation disks or hunting down the software online.  Convenient!  I also didn’t have to worry about losing any important data, because I had that on Google Docs.

But then the dark side reared its ugly head.  Like when iTunes, for whatever reason, decided to ignore the external hard drive I’d directed it towards for my library and started dumping all of the iOS apps onto my meager SSD.  The result? It turns out you can shove seven pounds of shit into a five pound sack!  I would have thought it a physical impossibility, but the partition became bigger than the drive was capable of holding.   Not only was the SSD screwed, but it was also unfixable (or at least that’s what I had to conclude after hours of trying to simply format the damn thing.)

Or there’s my recent foray into using Windows 8.  After installing Chrome I was annoyed that I had to log in to my Google account (one of many) just to start using some free extensions.  Sadly, this also signaled to Chrome that I wanted to make the browser just like it was the last time I logged into Chrome with this account.  The next thing I knew my browser was hijacked and loaded up with extensions (half of which didn’t work,) bookmarks I hadn’t looked at in years, and a really hideous theme I’ll convince myself I once used as a joke.  So then I had to remove all that crap, because the cloud had decided I wanted it there.

Or maybe there’s Microsoft’s own SkyDrive.  In Windows 7 (and OSX) there’s a convenient application I can install which will allow me to access these networked drives like I would any other folder on my computer.  Not so in Windows 8.  If you want to browse your SkyDrive without using your web browser (which might allow you to drag and drop files between the local and networked drive) then you need to go whole hog! This is the cloud, after all, and how could you not want to embrace it fully?  Try to log in to SkyDrive and you’ll be forced to sync the account with the computer, so that your login and the SkyDrive login are one and the same (and equally susceptible to being compromised?) and the Windows Live Mail app will be accessing the related email account, even if you’d rather your mail went through some other program.

I logged into WordPress today to write my annual music of the year post.  I was greeted to a message encouraging me to sign up for dual authentication to better secure my WordPress account.  I figured, okay, I use to it to keep another service I frequently use secure, so why not here.  Oddly, and unnecessarily, WordPress requires you to give them your phone number to authenticate me so I can authenticate myself going forward using Google Authenticator.  That’s rather amusing, actually.  If I’m already able to get into the site because I’ve had a cookie keeping me authenticated all this time–and never disputed the access–why do I suddenly need to supply them with my phone number at this point just to see a QR code?  Why couldn’t they authenticate me using the e-mail address already tied to this account?  Oh, right, because these assholes want any excuse to get more personal information on me.  How about before I make myself more secure from the hackers that WordPress wants to convince me are just dying to break into my account, they make an effort to assure me that I’m not going to be pestered by a dozen advertisements a day from some god-forsaken call center because these assholes asked for my information unnecessarily?

I listen to the This Week in Tech (TWiT) podcast.  In the most recent episode (September 22, 2013) one of the guest hosts, Brian Brushwood, remarked that even though the subsidized iPhone 5c (16GB model) cost $99 up front, it would end up costing $1,000.  So once again we have tech guys showing their inability to understand money.

Let’s break this down:

Subtract the retail price from the total contract cost and we get $1,266.  Is all of this attributable to the horrors of being on contract?  Well T-Mobile has an unlimited talk & text + 2.5GB of data plan for $60/mo.  Verizon has a similar no-contract plan for the same price.  So assuming you want somewhere in the range of 2GB+ of data a month your premium for being on contract with AT&T is $10/mo, which adds $240 to the price of that iPhone.  That’s not an insignificant amount of money, but it only totals $789, which is $211 short of Brian’s claim of a $1,000 price tag.

Heck, even if you go with one of the cheaper MVNO‘s, say Airvoice Wireless, you’ll be paying $40 a month … but only getting one gigabyte of data! At least in that case, the $30  discount from AT&T will bring you to a total cost of that colorful iPhone of $1,269 if you’d gone with their contract.  However, that’s not an entirely fair comparison because you are getting less service for that price (2GB of data less.)

So once again, the alarmist claims that a “discounted” phone is anything but are completely unfounded.  Not surprising, since these are tech people; if they understood money they’d be in finance!

Along those lines, I did recently switch to Airvoice Wireless. As I’ve mentioned previously, I really only use about half a gig of data a month so the $60/mo I was paying for the calls and data seemed unnecessary.  It wasn’t a seamless process and required about an hour on the phone (using my Google Voice account through Gmail, thank goodness I had a backup!) to actually get things up and running after a half day of no service.  Which goes back to another of the anti-contract arguments: you lose the ability to jump from one service provider to another without incurring penalties.  I suppose one needs to define “penalty,” because I’ve ported numbers twice now in my life and both times required significant effort on my part to resolve the problems that providers had with the process.  Who wants to go through the anguish of changing phone providers all that often?

Well, I guess tech guys, who I imagine are inherently masochistic. 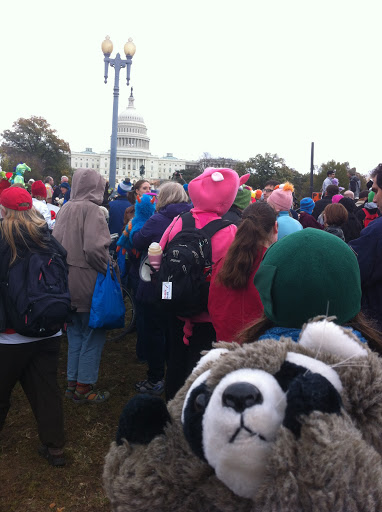 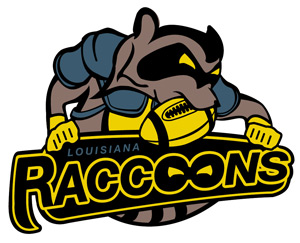 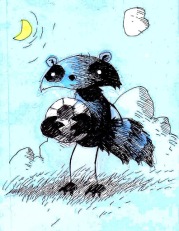 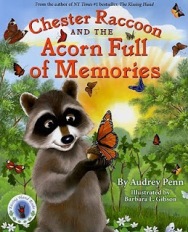 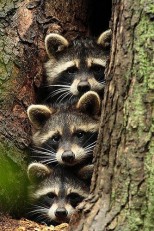 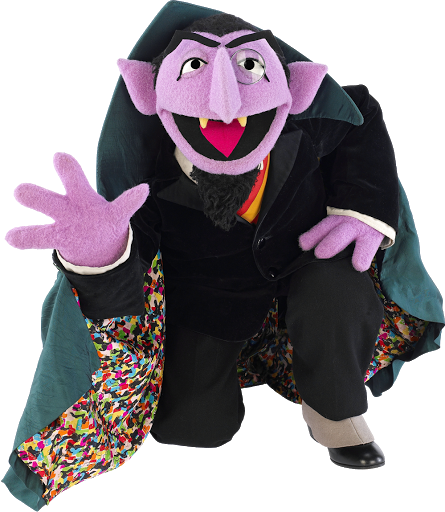 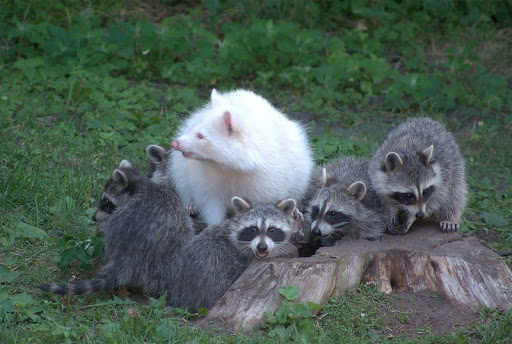 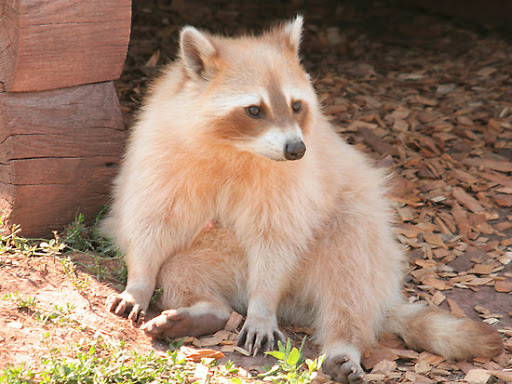